We invite you to the long-awaited interview with Mariusz Wilczyński, the creator of the film "Kill it and leave this town", which premiered at the inauguration of the 27th Etiuda & Anima International Film Festival. The interview was conducted by Kamila Kołacz.

Today in The Małopolski Ogród Sztuki in Cracow at Rajska 12 street starts the 26th International Film Festival Etiuda&Anima. The first film events start at 5 p.m.  (presenting the winner of the Honorary Golden Dinosaur award for the best film school IFF Etiuda&Anima 2018 - Szinház-es Filmművészeti Egyetem (Hungary), and at 6 p.m. we invite you to the screening of 10 best short animated British pictures of the new century according to Jayne Pilling. 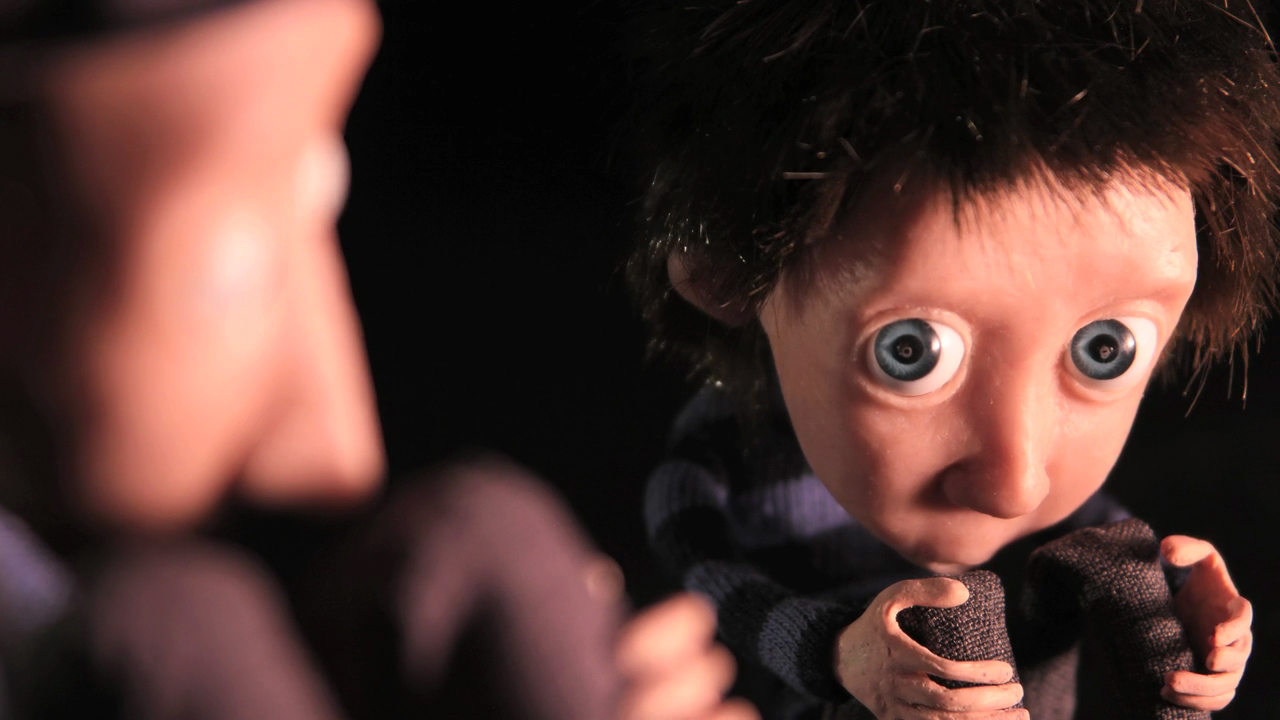 Still from animation "I Am Tom Moody"
Jayne Pilling is our special guest this year. She’s an expert, animation historian and she has been conducting research on animated films for years. She worked at British Film Institute for 11 years and she was a director of Cardiff International Film Festival between 1993 and 1995. She was a lecturer at Royal College of Art in London. Her books and scientific publications inspire film scholars from around the world. This year Jayne Pilling was awarded the prestigious Zagreb International Festival World Council’s Award for her work in animation study. Jayne Pilling will present and discuss ten most important modern animations of United Kingdom, just for the guests of Etiuda&Anima festival in Cracow. You can’t miss it! Opening ceremony of Etiuda&Anima 2019 festival starts at 8 p.m. After the Opening Gala we will be delighted to invite you to an exquisite screening! Awarded in Malaga Film Festival, Buñuel in the Labyrinth of Tortoises, directed by Salvador Simó Busom, is a fascinating alternative take on a biographical film. Animated adaptation of Fermin Solís comic book depicts the creation of the only documentary in Luis Buñuel career called Land Without Bread, created in 1933. Combining colorful animation enriched by the surreal themes of Salvador Dali paintings and fragments of Buñuel’s original documentary, is an obligatory watch for every film history connoisseur and Spanish culture enthusiasts!

Still from animation "Buñuel w labiryncie żółwi"
All of this awaits you today in The Małopolski Ogród Sztuki! And what about tomorrow? Even more Etiudaandanima-ish attractions, such as the opening of the „Between the media” series and the Honorary Golden Dinosaur for an extraordinary artist and teacher award gala. During the 26th edition of the festival, the award will go to professor Hieronim Neumann, prominent artist of the experimental movement in Polish animated film. After the award ceremony, there will be a screening of selected animated short films by this year’s winner. On Wednesday, the screenings of the films in a competition in ETIUDA category will start - 29 films will be competing for Golden, Silver and Brown Dinosaur  - and ANIMA, to which no less than 67 films qualified, fighting for the Jabberwocky award. Competition will feature films from both students as well as professionals.
POSTER OF FESTIVAL E&A 2022