Home /Jan Švankmajer – artist of the 25th Anniversary of Etiuda&Anima 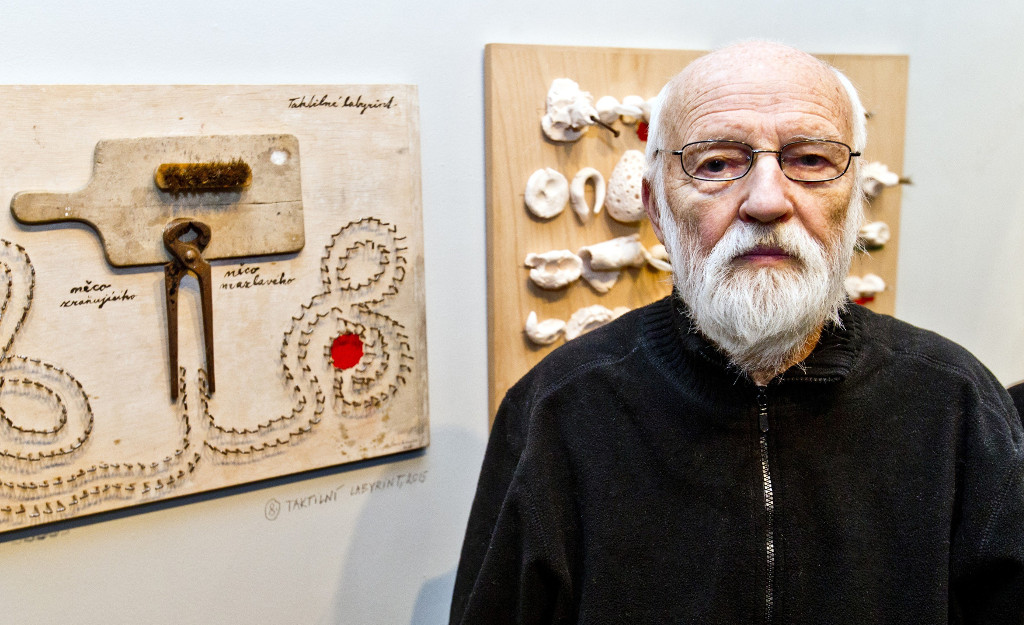 Jan Švankmajer needs no introduction among the audience of Etiuda&Anima. His work has been with us since the third edition of the Festival in 1996, when a retrospective of his films was held, accompanied by an exhibition of his art entitled “Touch, Arcimboldo, Vanitas”. In the years that followed, we have regularly revisited the Czech artist’s work, showing each of his subsequent feature-length films: “Conspirators of pleasure”, “Little Otik”, “Lunacy”, and “Surviving Life”. Furthermore, in 2010, to celebrate the 50th anniversary of ASIFA (the International Animated Film Association), the Festival held a special poll of best animated shorts created since the establishment of the Association, as selected by 25 experts from 18 countries. Among the 852 submitted films, Švankmajer’s animation “Dimensions of Dialogue” (1982) was the winner.

The Czech surrealist’s work has therefore been with us for virtually the whole quarter of a century. That is why, to mark the 25th anniversary of the Festival, we present this great subverter of cinema and art (animation in particular) with the statuette of a Special Golden Jaberwocky – an award whose name echoes both Lewis Carroll’s fantastic creature and the title of one of the most well-known films by the Czech master. The award ceremony will be accompanied by the screening of 10 shorts by Švankmajer, as selected by Bogusław Zmudziński, the Artistic Director of the Festiwal, as well as by the presentation of the artist’s latest feature-length film “Insects”. Additionally, an exhibition “Dimensions of Dialogue. Between Film and Fine Arts”, organized on the occasion of the publication of the artist’s monograph of the same title (published in Prague and edited by Bertrand Schmitt and František Dryje), will be held at Małopolski Ogród Sztuki (MOS).