Description:
The main character of the film is a young woman living in a typical, boring block. One night, she is visited by her boyfriend, who gives her a gift found on a nearby swamp. Disgusted with the gift and bored with her boyfriend heroine ends their relationship. At first she is satisfied with the new situation but the girl observes her ex-boyfriend as he arranges his life without her. 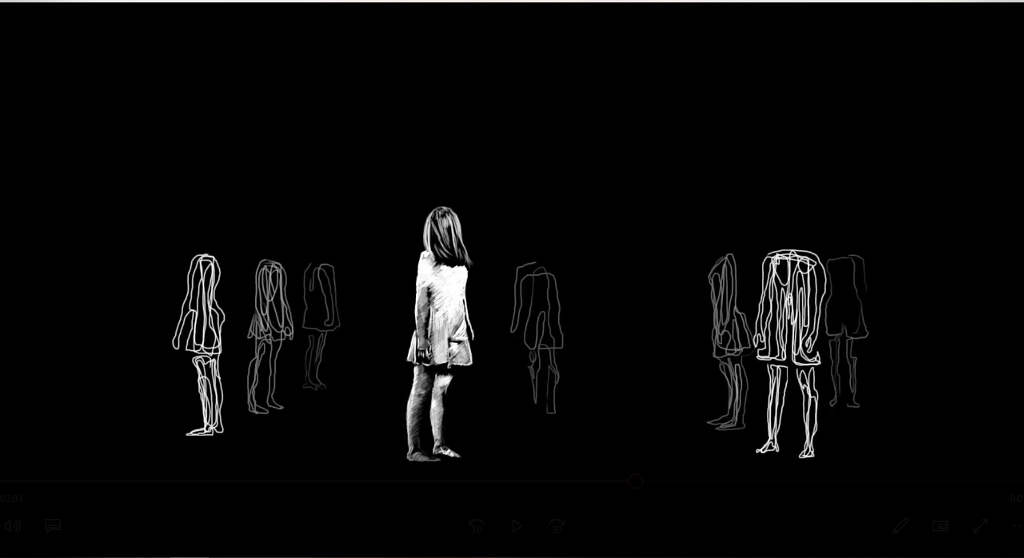 Description:
The film is an oniric tale of a disease that attacks a woman. Three parts tell stories about recognition, fight and … Animation is a therapy and the author’s reconciliation with passing away. It shows that at some point, despite the fight against the disease, the body forgives and surrenders. This is a painful moment for anyone who has suffered from an illness – either their own or their relatives.

Description:
A paintinglike story about a girl who travels the world on a trolley. She loves all the animals and they love her back. This is how all the problems start, however…

Description:
A computer animation using fragments of photos made, among others, by its author. It is an author’s reflection on the mystery of a human’s redemption.

Description:
While waiting for the arrival of a mysterious newcomer, people keep on guessing who he is. A blurry vision of the stranger takes shape in their imagination in such a way that his presence feels almost real. The initial excitement of the crowd gradually turns into anxiety.

Description:
An animated video clip about the fall of the modern world and humankind.

Description:
Exhaustion prevents the protagonists from working late at night, so he decides to make himself a cup of coffe which awakes the desire in him for more and more.

Description:
A multi-layered game between the signifier and the signified. Its rules are simple and complicated, quiet and dramatic, subtle and full of contrasts, just like an overtly minimalistic form of animation. Its storyline focuses on a relation which literally changes in time. The animation off- cinema screen materializes itself in a form of artistic installation and performance. The project makes references to the concrete poetry of Stanisław Dróżdż and philosophical studies of Elizabeth Grosz.

Description:
The main character is creating a “colourful” story about his own breakdown, in his mind. He’s pushing himself into a tight form, created from the irrational complexes, fears and sorrow. Like in a Peter Bruegel painting, he’s Dedal, as well as Ikar and a peasant who is turning his eyes away from the tragedy at the same time. He’s also the only person who can be saved by himself.

Description:
„You are overreacting” is a hand-drawn animation that attempts to ask questions about the place of women in the modern reality. The film is (unfortunately) inspired by everyday life, statements of public figures, and the media.

Description:
We inject a drop of the turbo-gene. We breed them in cages until their skinny legs snap like twigs. We bludgeon them, cut them open, we pull their guts out and slice them to pieces. We fry, boil and eat. Next! Chicken, pig, chicken, pig… Stop! The horrific reality of the meat industry and industrial livestock farming is projected – with the subtlety of a juggling butcher – into a simple, animated, grotesque world, hand-drawn in black.