She is a Swedish Animation Director based in London and Stockholm. Her work is often character driven and she loves to mix humour and melancholy.

Her short films, But Milk is Important (2012) and Enough (2017) has won over 50 international awards, including European Animation Awards, Vimeo Best of the Year and Walt Disney,  Audience award at Ottawa International Animation Festival and Honourable Mention, Anima competition, IFF Etiuda&Anima 2018.

Her most recent film ‘Good Intentions’ premiered at BFI London Film Festival and was awarded at London International Animation Festival among others.

Anna is represented by Passion Animation Studios, where she directs different types of commercials and commissions, including a Christmas advert for Greenpeace.

Anna has an MA in Animation at the Royal College of Art and worked on Wes Anderson’s Isle of Dogs. 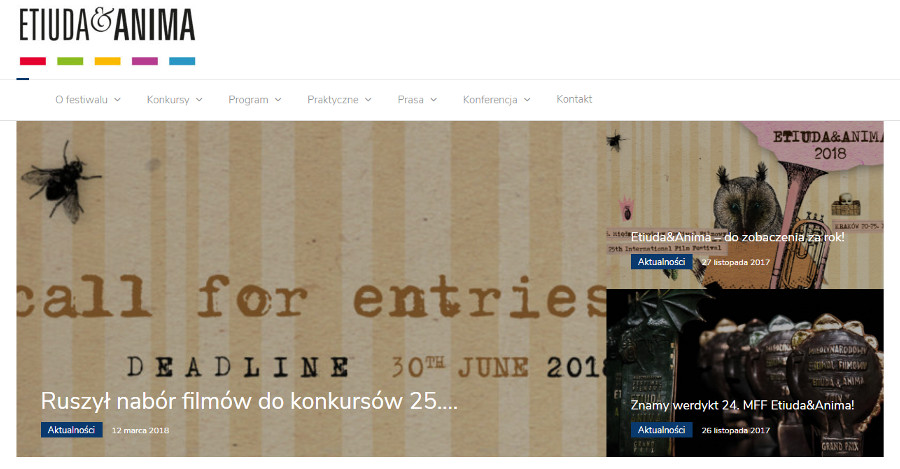 View of the new website http://etiudaandanima.pl
[/caption] The Organizational Office of the Etiuda&Anima International Film Festival informs that on May 1, 2018 the address of the official website of the festival will change to http://etiudaandanima.pl. In addition, on May 1, all email addresses of festival organizers will also change - the list is below: A list of new e-mail addresses to contact Etiuda & Anima: Best regards, Festival Organizational Office Etiuda&Anima
TRAILER OF FESTIVAL E&A 2020